Rolfing® changed my life. I did not come to Rolfing to heal from pain or anything like that. I learned about Rolfing while attending Massage Therapy school in Canada. The touch of a Rolfer transformed me. I was shifted from being insecure, egocentric and spastic, into having intuition, deep body awareness and coordination. It was as if my Rolfer™ literally unlocked the true me. I realized in my first session that having physical and emotional health is true freedom and the highest wealth of living.

” The body can heal from any disease.”

I had been trapped since early childhood and didn’t even know it. The Rolfing experience that made me say to myself I’m going to become a Rolfer came about in a ribcage focused session. I acquired a severe injury at age 6 that I’d forgotten about. The Rolfer used his fingers to soften the dehydrated tissue between my ribs that was supposed to help me breathe. In an instant I learned that we store the past in our tissues. Getting the fascia of my intercostal muscles between my ribs opened released the stored memory along with a very severe restriction to my breath. Ahh it feels good to breathe.

Nicole Corona — who commonly goes by Nikki — is a Certified Advanced Rolfer™ and Movement Integrator. She has been in practice for 13 years. Over her career in Structural Integration she has worked with CEO’s, dancers, world-class athletes, musicians, actors, yogi’s, shamans, fitness gurus, pregnant & post-partum moms, infants, children and plenty of hard working people who want to increase their conscious awareness, feel better in their bodies and do better in their lives.

Nikki’s journey into Holistic Medicine began in 2004. Nikki graduated Vancouver School of Bodywork and Massage. VSBM is where she first learned about this deep bodywork called Rolfing® from her Myofascial Release teacher Amaro Hograefer, who himself is an advanced Rolfer™ with many years of experience.

In 2014, Nikki completed and became a Certified Advanced Rolfer™. Her instructors were Jan Sultan, who was also a student of Dr. Rolf; and Lael Keen who specializes in Rolf Movement. Nikki is passionate about continuing to challenge herself in all areas of her life. She takes dissection courses to hone her skill as a Rolfer. She currently serves as Secretary of the Board for South Shore Yacht Club. She co-manages SSYC’s signature double handed sailboat race “The Crew of 2” In her spare time she makes organic skincare for personal use and has turned it into an “indie product line” consisting of deodorant, toothpowder, shower gel and more. Nikki believes that what you put in and on your body is just as important as getting Rolfed for health.

Member of the Rolf Institute of Structural Integration  |  2008

Who I am as a Rolfer™ is a facilitator of freedom from emotional & physical pain. Through releasing past traumas lying dormant within the fascial network I facilitate balance, integration and transformation. I work diligently to accomplish this using Rolfing®, Cranio-Sacral, Visceral Manipulation techniques, and Rolf Movement education. 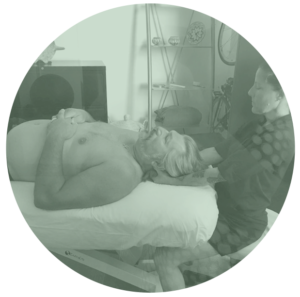 GET IN TOUCH WITH NIKKI